Spelling may be either British or American. Whichever standard the writer chooses should be used consistently throughout the text. Be consistent!

Consult any standard grammar reference for rules of punctuation. Be consistent with using British or American where there are differences. Also, take care with spacing before and after punctuation.

There are no leading spaces before the comma, period, colon, semi-colon or question mark.

There is always a space following these marks

After compacting the first layer, which should not exceed the top edge of the mold by more than 8 mm, the excess soil is removed.

After compacting the first layer, which should not exceed the top edge of the mold by more than 8 mm, the excess soil is removed.

Leland (1975) has recently reviewed the literature about the sources and effects of metal pollutants. Therefore, a new experiment was done with lower concentrations of the metals to avoid the toxicity, using the nutritive solution (15% N, 15% P and 15% K), instead of the compost.

Leland (1975) has recently reviewed the literature about the sources and effects of metal pollutants. Therefore, a new experiment was done with lower concentrations of the metals to avoid the toxicity, using the nutritive solution (15% N, 15% P and 15% K), instead of the compost.

The terms as follows or the following require a colon (:) if followed directly by a list of items.

The reasons for rational use of electricity are as follows:

If the introducing clause is incomplete, punctuate the numbered items as if they were clauses in a single long sentence.

Reaches are chosen so that boundaries occur at points in the river where there are likely to be significant changes in the water quality or flow, due to any of the following:

Notice the numbered clauses do not begin with a capital letter and are followed by commas rather than periods. The last two items are joined with a conjunction and a period is placed at the end of the last item.

It is commonly accepted style to write numbers less than ten in words.

A total of 4 trials were run over a 6 day period.

A total of four trials were run over a six day period.

Short quotations should be included in the text and enclosed in double quotation marks (“). If omitting parts of the author’s original sentence, use ellipsis marks (. . .) to show what part is missing. If the omitted words are from the end of the author’s original sentence, use four dots (. . . .). The fourth dot is the period.

Thus, it is essential to introduce suitable machines for mechanizing the potato cultivation in the State.

Longer quotations should be indented. In this case, no quotations marks are used. Example 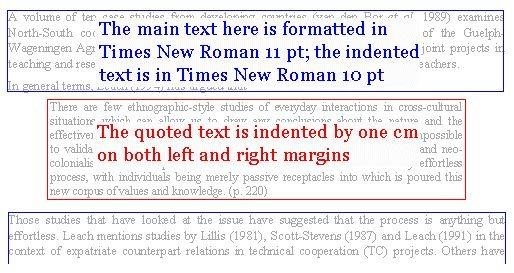 Use the International System of Units(SI). Consult any standard reference manual on the correct form of abbreviation for SI units. It is not necessary to place an Imperial conversion in parentheses after an SI unit as in, “The depth of the bore hole was 3.4 m (9 ft. 18 in.).”

Tables, figures and equations should be inserted into the text as close as possible to their first mention in the text. Large tables or figures would appear on the following page. You must mention every table and figure in the text.

Tables, figures and equations should be numbered to indicate the chapter and the sequence in the text.

When referring to a numbered table, figure or equation, use a capital letter.

Abbreviations may be used for Figure and Equation if they are used consistently throughout the text. Table is not normally abbreviated. The complete word (Table, Figure, and Equation) is preferred when starting a sentence.

Among the countries listed, Tajikistan and Uzbekistan showed the greatest changes in GDP in 2001 (Table 4.1).

Figure 5.1  shows that a serious Dengue fever outbreak occurred in 2003. OR

A serious Dengue fever outbreak occurred in 2003, as indicated in Fig. 5.1. 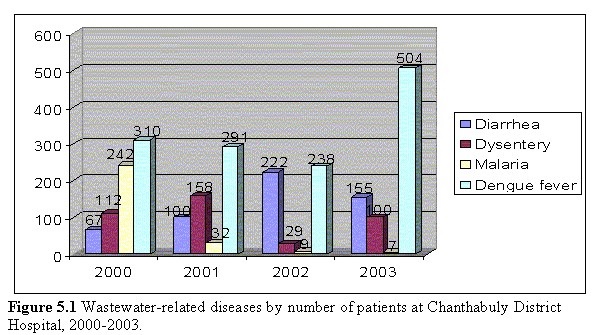 Note that the source is cited if tables, figures and equations are taken from other sources; the source must be cited in the text and also listed in the References section. 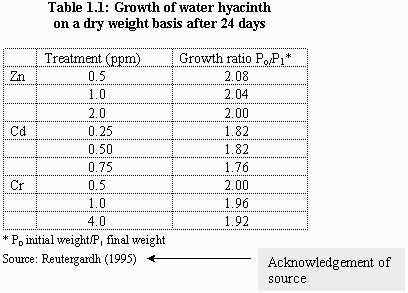 Numbered equations should be “displayed” either by centering on the line below the text or with a standard indentation from the left margin. The equation number is usually placed so it is flush with the right margin. It is not necessary to bracket equation numbers as in “Equation (3.2).”

If Ai and Bi can be written as in Equation 3.2 and 3.3, modal response can be expressed as

The international standard of abbreviations should be used throughout the text. Use any standard style manual to check on standard abbreviations.

When abbreviating the names of organizations or specific terms, write the full name or term the first time it is used, followed by the abbreviation in parentheses.

Water hyacinths have been used successfully by the National Space Technologies Laboratories (NSTL) to remove organics and heavy metals from chemical wastes before discharge. Removal of heavy metal wastes at the NSTL was done under optimal conditions.

All but one household had electricity and most households used liquefied petroleum gas (LPG) in all the sample urban areas. There were a relatively smaller number of households in Chiang Mai using LPG.